La música sefardí es la música de los judíos que en la Edad Media vivían en la Península Ibérica. Proviene de la Espaňa Medieval, o Sefarad, como se llamaba en hebreo.
The end of the Musulman reign on the Peninsula (at the end of XVth century) and the expultion of Sephardi Jews was the cause why people emigrating from Spain took with them musical tradition from many centuries before. It has been preserved in oral way till today – it is still performed in the regions where those emigrants setlled down.
That is why Sephardic music is also influenced by music of the countries in which Sephardic Jews started to live after the expultion (mainly in the basin of the Mediterranean Sea). 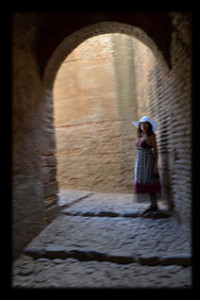